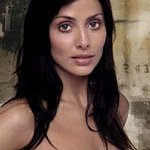 To mark Global Parents Day, the Elton John AIDS Foundation joined forces with a representative of the US government at a private event on Monday 1 June celebrating their combined achievements in saving the lives of millions of women and babies infected with HIV.

“This is an issue the Elton John AIDS Foundation cares deeply about” Furnish told guests, “we have already saved the lives of over 66,000 babies and we must keep going to ensure in the future children are born free of HIV.”

U.S. Ambassador-at-large Debbi Birx, a world renowned medical expert and leader in the field of HIV/AIDS praised the Foundation for having such a huge impact on the HIV epidemic. “You have stayed true to this issue when others walked away” she said to Sir Elton John, who also attended the event. “The achievements of the Foundation have been remarkable and together we can support thousands more women and young girls who are so vulnerable to this disease.”

A young woman living with HIV in London, whose daughter was born with HIV at a time when drugs were not available to treat children told guests of the agony of having an HIV-positive baby: "Every cough and cold, every upset stomach… I would be terrified. I do not want anyone to have to go through what me and my daughter have been through. I hope you will help the Foundation with this important work.

Jay Jopling, a long term supporter of the Foundation and founder of the White Cube suite of galleries, also entreated guests to support the Foundation’s work: “For a significant donation, we can gift you a beautiful Gary Hume print, donated by the artist”.

AIDS remains the leading killer of young women of reproductive age in the world. Without the right medicine, they risk infecting their babies during pregnancy. Over 3,500 HIV-infected babies die every week.