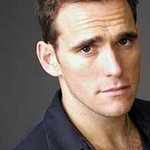 It has only been recently that most Westerners have even heard of Rohingya Muslims, and it’s only because all eyes were on the sinking ships of refugees in the Mediterranean fleeing from the African continent to Europe that we noticed ships of Rohingyas floundering in the Bay of Bengal, a world away, fleeing from violence in Myanmar.

Even more surprising than to learn that this group has lived under state-sponsored discrimination for decades in Myanmar is that the newest form of violence and repression is coming from the country’s Buddhists.

Actor Matt Dillon visited a camp earlier this month to bring attention to the squalid conditions that thousands of displaced Rohingyas are living in, without medical care, many suffering from malnutrition, and with no escape in sight.

In a video clip from Associated Press, Dillon said people sat out on ships in the bay for weeks in deplorable conditions waiting for the ships to become packed filled with refugees, and then they were held for ransom.

“Many of these people suffered,” said Dillon, “and were lucky to make it back to these camps, if you can call that being lucky. I’ve been to some [refugee camps in Sudan, the Congo] where the threats of violence seemed more imminent. Here it’s something else. It feels more like people are going to be left to wither away and die.”

This weekend, the Global Down Syndrome Foundation (GLOBAL) went virtual for the first time ever and raised over $1.9 million. More →