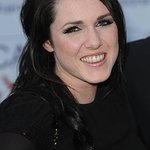 The 27-year-old – who, according to her hit song, wishes she was a punk rocker – is supporting Oxfam's effort to raise US$27 million to provide relief to African families.

Thom has just returned from a visit to Malawi, where she met with impoverished families.

“My visit to Malawi opened my eyes to the extent of poverty and the harsh reality of how some people live and how rising food prices are affecting them,” she said. “You have to ask yourself what you would do if you were in the situation many Malawians face. If you had a family to feed but the prices were doubling or tripling. The people I met in Malawi, and many millions like them around the world, need people here to show generosity when they need it most.”

Oxfam will use the money for its international development and humanitarian work on food and agriculture, and also to campaign for changes to trade and agricultural policies.

“The world food crisis is hitting the poorest hardest,” said Oxfam’s Malcom Fleming, who accompanied Thom on her trip. “Women and children are especially vulnerable. Many of the people we met in Malawi were already down to one meal a day, and it is expected things will get worse in the months ahead, with food prices possibly rising further still. Whatever the reasons behind the crisis, it’s clear that financial donations made now will help save lives in Malawi and elsewhere around the world in the next few crucial months.”