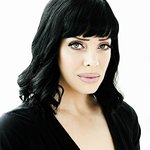 Illustrating her commitment to compassionate living, Bif said: “In this lifetime, I believe with all my heart that it is possible for every person to live in a way that encourages, empowers and uplifts others, that cherishes and respects the land and it’s people, protects and adores the animals, while striving to create, and maintain, a compassion-based life, and a cruelty-free world.”

Bif’s support for #BeCrueltyFree led her to pen a powerful op-ed for the Vancouver Sun encouraging fellow Canadians to support the recently proposed Canadian legislation, the Cruelty-Free Cosmetics Act. The rock star urged fans and readers to add their voice to the more than 80,000 Canadians who have signed the BCF Canada petition, and more than 30 cruelty-free companies in Canada that have pledged support.

#BeCrueltyFree Canada campaigner Aviva Vetter added: “It is such an honour to have Canadian icon Bif Naked helping #BeCrueltyFree increase support for the Cruelty-Free Cosmetics Act. Bif, along with most Canadians, knows instinctively that causing animals pain and even death simply to test a new vanity product like a lipstick or anti-wrinkle cream is just wrong. A growing number of countries have already banned it, and it’s time for Canada to do the same. We hope voters will join us and Bif in urging the federal government to pass legislation banning cosmetics testing on animals as soon as possible.”

Facts:
• According to polling by The Strategic Counsel on behalf of Animal Alliance and HSI, 88 percent of Canadians agree that testing new cosmetics is not worth animal suffering, and 81 percent of Canadians support a national ban on animal testing of cosmetics and their ingredients.
• Animal testing for cosmetics is already banned throughout the European Union—the world’s largest beauty market—as well as Israel, India, New Zealand and two states in Brazil. Several of these markets have also banned the import or sale of cosmetic products or ingredients that have been newly animal-tested in other parts of the world. Similar legislation has been introduced in the United States, Brazil, Taiwan and Australia. But the practice remains legal in around 80 per cent of countries globally, including Canada.
• More than 500 cruelty-free companies in North America avoid animal testing by relying on thousands of existing cosmetic ingredients already established as safe.
• Animal tests are increasingly being replaced by more relevant and efficient non-animal methods. 3D skin models such as EpiDerm™ made from donated human skin (after surgery) have been shown to better predict skin irritation in humans than the cruel rabbit test they replace. Proven non-animal methods are also available for eye irritation, skin allergy, and other safety tests.
• Cruelty-free brands available in Canada include LUSH Cosmetics, Lippy Girl, Neal’s Yard Remedies, Cake Beauty and Batty’s Bath.

How Long Did Laura Vandervoort Last Locked in a Freezer?