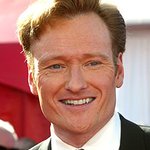 The Autism Speaks to Los Angeles Celebrity Chef Gala will showcase award-winning chefs at its first local fundraising gala, having created an exciting legacy on New York’s Wall Street for the past eight years. One hundred top chefs, cooking tableside, will create their signature four-course meals exclusively for their guests at this unique inaugural event on October 8th at the Barker Hangar in Santa Monica. No two tables will feature the same menus.

In a statement, Co-Chairs Rosen, Greenburg and Saftler said, “Autism touches all of us personally. We are thrilled to be able to co-chair an event that honors the work of Suzanne and Bob Wright. The accomplishments of Autism Speaks over the last 10 years have been life changing: from global awareness, to advocacy, from scientific discoveries to the local impact in our LA community. We have so much more to accomplish for all people living with autism, and we are excited to help raise awareness and funds to do so at our inaugural LA Celebrity Chef Gala. It will be an unforgettable night!”

The evening will kick off with Wolfgang Puck Catering serving hors d’oeuvres inspired by his iconic restaurants such as Spago, CUT, Chinois and WP24, along with wines from Frank Family Vineyards and cocktails. Following cocktails, guests will be escorted to their private tables where they will witness their master chef create four exclusive courses of signature dishes tableside. Guests will also enjoy a special musical performance to be announced shortly.

Toyota, a presenting sponsor of Autism Speaks to Los Angeles Celebrity Chef Gala, will debut the new Mirai, their first hydrogen fuel cell vehicle which combines hydrogen and oxygen to make electricity onboard, while emitting nothing but water vapor. The Mirai will be delivered to consumers in California in October 2015. For more information, please visit www.toyota.com/mirai.

The program will also offer a “Fund-A-Mission” auction where guests will have the opportunity to support special Autism Speaks initiatives including summer camp for kids with autism, the genome research program known as MSSNG and iPads for individuals who struggle to communicate.