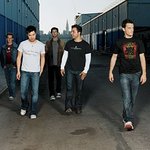 Dream Foundation – the only national dream-granting organization for adults and their families suffering life-threatening illness – will hold its 14th Annual Celebration of Dreams Gala Saturday, November 7th at the Bacara Resort & Spa in Santa Barbara.

Synonymous with unparalleled entertainment and heartfelt dream stories, the event will draw a national audience of celebrities, special guests and Foundation supporters.

Country/American musician Natalie Noone — daughter of Herman’s Hermits legendary frontman, Peter Noone, and Dream Foundation supporter and event co-chair, Mireille Noone — will grace the stage. Raised in Santa Barbara, Noone followed her dream of becoming a musician to Nashville. Often surprising audiences with songs in French and Spanish and accomplished guitar textures, Noone’s sound is a fusion like none other. She has also been a Dream Foundation volunteer. Dream Foundation is thrilled to welcome Noone home.

Giving a more classical performance will be the young Sara Stevens, who has been training since the age of six. Currently working with Broadway’s The Phantom of the Opera musical director, Paul Schwartz, on an album, Stevens has just begun to realize her musical dreams, and is bound to amaze and delight with her powerful voice. At just 15 years old, her talent is undeniable and truly remarkable.

O.A.R. (Of A Revolution), founded in 1996 by Rockville, Maryland high school classmates, lead singer Marc Roberge, drummer Chris Culos, guitarist Richard On and bassist Benj Gershman, will also perform. The band’s saxophonist Jerry DePizzo joined later, while the group attended Ohio State University. Renowned for their American rock sound enjoyed best in their powerful and passionate live performances, the band has released eight studio albums including their latest, The Rockville LP, an album derived from their roots in Maryland.

In addition to these musical treats, guests will also enjoy a live auction hosted by Santa Barbara native and ABC’s “The Bachelor” alum, Andrew Firestone, and his wife and actress, Ivana. Featured live auction packages include an “After-Noone with Peter Noone,” a private concert for 100 given by Peter Noone, lead singer of the legendry pop band Herman’s Hermits. The “Two Tickets to Paradise” package includes four nights in New Zealand and three nights in Fiji. “Hollywood Nights!” includes a 48-hour Tesla Model S rental; the opportunity to attend a taping of NBC’s hit television show, “The Voice” with a meet-and-greet with judge and Maroon 5 frontman, Adam Levine; VIP tickets to a taping of TBS’s hit talk show, “Conan;” a 5-star meal at one of LA’s favorite eateries, Little Dom’s; and a night at the Hotel Bel-Air complete with massages at their premiere spa. The silent auction will consist of more than 70 items, including signed Kobe Bryant game shoes, a Buenos Aires package and two special works of art completed at the Gala.

Dedicated to celebrating the more than 22,000 dream recipients the Foundation has served since its inception in 1994, the 14th Annual Celebration of Dreams Gala will include heartfelt testimonials from three recent dream families, the Malones from Arizona, the Hoods from California, and Tara Middleton from South Carolina who will take center stage.

Sheri and Jimmy Malone are the wife and son of 55 year-old- dreamer, James Malone, who passed away in June, just one day before realizing his dream of visiting Washington D.C. A U.S. Navy veteran who served from 1977-1981, Malone was honorably discharged as a Disbursing Clerk Second Class. Dream Foundation was honored to have the Malones attend the public launch of its newest program, Dreams for Veterans, on Capitol Hill last month.

Dream Foundation will also welcome dream recipient William Hood and his wife Ellen. With a life expectancy of 6-12 months due to cancer, Hood received his dream last month when he and his family, including son Robert (10) and daughter Madeline (14), attended a San Francisco Giants game.

32 year-old Tara Middleton who was diagnosed with an inoperable brain tumor last year continues to fight for her life. Her final dream was fulfilled when she met her idol, Tamar Braxton and appeared on her talk show, “The Real.” Tara continues to thrive as the founder and CEO of Rare Rubies, an organization that focuses on life coaching, consulting and motivational speaking.

“Dream Foundation is privileged to have such a generous, national network of supporters, corporate and in-kind partners, and volunteers who support the fulfillment of thousands of dreams each year,” said Dream Foundation Executive Director, Kisa Heyer. “Our Celebration of Dreams Gala is about enhancing awareness of the organization and its many programs, celebrating our incredible community of supporters, and — most importantly — paying tribute to the dreamers and their families we are privileged to serve.”

The 14th Annual Celebration of Dreams Gala will salute the founding partners of the newly launched Dreams for Veterans program: CKE Restaurants Holdings, Inc. and its President/CEO Andy Puzder, as well as John Paul DeJoria of The Patrón Spirits Company and CEO/ Co-Founder of John Paul Mitchell Systems. Gentiva Hospice Foundation, which has been a Corporate Partner in Dreams since 1999 and has helped serve more than 9,000 final dreams will be honored.

Net proceeds from the event are vital to maintaining and growing the mission of Dream Foundation, which receives no federal or state funding and relies solely on corporate and individual contributions, grants and in-kind gifts. Dream Foundation maintains a 4-star rating (the highest rating) by Charity Navigator and has never turned down a qualified dream request.

The highly anticipated KB24 NFT art collection has opened for presale reservations to the general public and it’s sure to be the hottest, largest NFT drop in history. And, it’s all for a good cause. More →