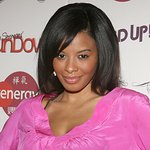 The star-studded event will, also, serve as the official, Sheet Music: The Diary of a Songwriter, book release party for, three-time GRAMMY award-winning, songwriter, producer and music programmer, Devine Evans. Partnered with the Joyful Heart Foundation, proceeds of the event’s silent auction, sponsored by Daisy Rock Guitars, will go to the survivors of rape and domestic violence.

Sheet Music: The Diary of a Songwriter aims to shed light on the sexual injustices female artists can encounter while chasing their dream of a career in the music industry. In an effort to empower these women, Sheet Music shares the stories of a variety of female artists’ personal experiences, as well as general advice on how to cope with and safeguard themselves against such abuse and injustice.

The high profile annual bash will include music by DJ Spinderella and DJ Aktive, with live performances by, Epic Records recording artists, St. Beauty, and the Sheet Music: Diary of a Songwriter album artists. The night will, also, include a tribute to Straight Outta Compton producers and songwriters, Focus, Dem Jointz and Candice Pillay, for Hip-Hop Album of the Year, and to Theophilus London for Best Rap Performance with Kanye West. Complimentary neck and foot massages, for all women in attendance, will be provided by Manly Hands.