Nothing But Nets To Host Annual Champion Summit 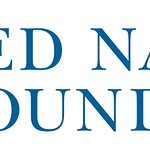 Next week, the United Nations Foundation's Nothing But Nets campaign will bring together more than 125 youth and advocates from 26 states for its annual Champion Summit, a three-day event to train and mobilize the next generation of grassroots leaders in the fight against malaria.

United States National Security Advisor, Ambassador Susan Rice, along with soccer star Abby Wambach, will speak to the Nothing But Nets Champions, inspiring them to use their voices in their communities and help ignite progress against this deadly disease.

During the Summit, Champions will learn the necessary skills to help build awareness about malaria and how to talk with their elected leaders about the power of funding for the President’s Malaria Initiative and The Global Fund to Fight AIDS, Tuberculosis and Malaria.

Every two minutes, a child dies from malaria. Nothing But Nets is the world’s largest grassroots campaign fighting this disease caused by a single mosquito bite. Now in its tenth year, the campaign has raised $60 million and delivered nearly ten million nets through its UN partners to protect refugees and families across sub-Saharan Africa from malaria. Since 2000, there has been incredible progress made to defeat the disease – more than 6.2 million lives have been saved, and child mortality rates have decreased 71% in sub-Saharan Africa.

Recently in his last State of the Union address, President Barack Obama called to end the scourge of malaria and urged Congress to increase funding. President Obama’s Fiscal Year 2017 Budget Request called for $874 million for PMI, a $200 million increase, and $1.35 billion in vital funding for the Global Fund to Fight AIDS, Tuberculosis and Malaria.

The United Nations Foundation's Shot@Life campaign announces Jo Frost, global parenting expert and best-selling author, as an official ambassador to the campaign which works to give all the world’s children access to lifesaving vaccines. More →