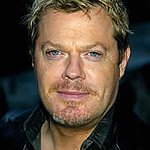 This week Eddie Izzard is hoping to complete his sensational 27 marathons, in 27 days challenge, across South Africa for Sport Relief.

The comedian set off from Mvezo, the birthplace of Nelson Mandela on Tuesday 23rd February and is trying to finish in Pretoria on Sunday 20th March – where he will run two marathons in one day, in order to pick up distances he missed whilst ill early on in the attempt.

The route traces the story of Mandela’s life taking in the university he attended and Robben Island where he was imprisoned for 18 out of his 27-year prison sentence.

Eddie’s final run will take in the Union Buildings where Mandela gave his inaugural speech as the first democratically elected President of South Africa in 1994.

So far he has run in conditions of up to 42°C and on Saturday 27th February, day five of the challenge, Eddie was advised by a doctor to undergo precautionary blood tests in Queenstown, to check his kidneys were working properly.

He was then given a clean bill of health and then continued his fifth run. After 30k he suffered from dehydration but recovered and he was allowed to run on.

To ensure Eddie maintains optimum health during the rest of his challenge he will take a break during the peak time South African sun – before starting again in the afternoon to complete his marathons.

The Marathon Man feat of endurance follows Eddie’s last Sport Relief challenge in 2009, when he completed 43 marathons in 51 days across the UK, raising over £1.8m.