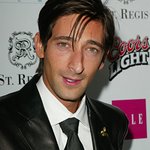 The charitable foundation Stop Poaching Now! presents their first annual gala, at the iconic Ago Restaurant in West Hollywood, to unite the creative community to stop the demand for ivory and other endangered animal products.

Stop Poaching Now! provides resources and expertise to worldwide anti- poaching organizations and individuals. At current poaching rates, rhinos in the wild will be extinct in less than 10 years! Poaching kills more than 35,000 Elephants and Rhinos each year and their horns and tusks are used and carved into ivory trinkets. Cruelly and inhumanly treated, these highly intelligent animals are killed, leaving their young abandoned and drastically diminishing their species. Their survival lies in an immediate end to the ivory trade and we have the chance to end the decades of mass slaughter and recover these precious animals.