Actor and activist Rose McGowan will be joining Amber Tamblyn in speaking and appearing at GRLCVLT NYC’s ‘F*ck Rape Culture’ benefit show at Baby’s All Right in Brooklyn on August 1st.

Feminist secret society GRLCVLT NYC is pleased to announce its fundraising partnership with the official Campaign to Unseat Judge Aaron Persky, beginning with a benefit show in Brooklyn on August 1st. The campaign is led by Recall Persky Campaign Chairperson Michele Dauber who is a law professor at Stanford University. From 2011-13, Professor Dauber co-chaired the Board on Judicial Affairs and helped to lead the process that revised Stanford’s policy on sexual assault. She is a nationally respected advocate for improving college and university policies on sexual assault in order to increase compliance with Title IX.

The first benefit show in Brooklyn is on August 1st at 6:00pm at Baby’s All Right in Williamsburg, featuring a reading by poet/actor Amber Tamblyn, musical performances by Madame Gandhi, The Skins, The New Tarot, Edith Pop, and a set by DJ Night Doll. Tickets are $25 in advance and $30 at the door. All proceeds will go to the Campaign to Unseat Judge Aaron Persky. Tickets can be purchased here.

GRLCVLT NYC previously helmed a letter-writing campaign in NYC, LA and beyond, hosting parties at which attendees filled out forms to express their dissatisfaction with the judge responsible for passing an unreasonably lenient sentence for the sexual abuse committed by Stanford student Brock Turner.

Read more about the Brock Turner case on Change.org.

Read the letter Brock Turner’s rape victim read to him in court.

The Campaign to Unseat Judge Persky’s mission statement: “We are outraged at Judge Persky’s actions, and we don’t just want talk, we want to take him out of office. That is why the Committee to Recall Judge Persky is the only effort in existence that has put together a comprehensive plan and team that can actually take Persky out of office, so that he can no longer shield sex offenders from justice.” 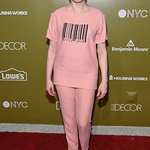 Housing Works celebrated another successful year of its popular annual interior design event, Design on a Dime, and awards dinner, the Groundbreaker Awards, raising $1.2 million to provide supportive services and housing to New Yorkers living with and affected by HIV/AIDS and homelessness. More →