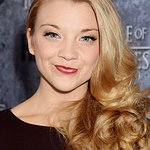 This year, the United Nations and their partners, humanitarian visionaries, celebrity musicians and influencers will commemorate World Humanitarian Day through the power of music, storytelling and advocacy.

The One Humanity event seeks to inspire global citizens to continue to demand action to reach those affected by conflict, disaster and those in need of humanitarian assistance. The event will also drive increased commitment to the UN Secretary-General’s “Agenda for Humanity,” aiming to reduce suffering and deliver better for people around the globe.

August 19 marks the anniversary of the 2003 United Nations Headquarters bombing in Baghdad, which claimed the lives of 22 people. To raise awareness of humanitarian assistance worldwide – and the people who risk their lives to help others – the UN General Assembly in 2008 designated August 19 as “World Humanitarian Day.” Today, world attention is more vital than ever: humanitarian needs are rising, and more than 130 million people in 40 countries need life-saving assistance and protection.

Among those taking part are: