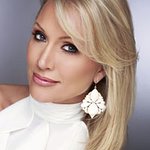 Contestants flew in from around the world including India, Liberia, Asia, Great Britain, United Kingdom, Ukraine, Jamaica and Europe. Throughout her reign, Wendi will promote ’Become an Everyday Hero: Mentor" through organizations like Dress for Success and Big Brothers Big Sisters, she is also an active fundraiser and wish granter with Make-A-Wish Foundation.

The United Nations Pageant system has also crowned their very first Little Miss United Nations to Wendi’s daughter, 11-year-old Chloe Russo. Chloe has raised over $8,000 for Children’s Cancer Research through her annual Lemonade stand and will be promoting “Kids CAN make a difference” during her reign.

As Ms. Minnesota State America, Wendi’s mission during her reign has always been to help “Create a Better Life for Children” by recruiting mentors for the hundreds of children in Minnesota still waiting for a for Big Brother or Sister through the Big Brothers/Big Sisters (BBBS) of Twin Cities and recruit more volunteers to become Wish Granters and volunteers with Make-a-Wish Foundation. Wendi has been a mentor with BBBS, Kinship of Greater Minneapolis and ACES (Athletes Committed to Educating Students) for 13 years and is a Wish Granter with the Minnesota Chapter of Make-A-Wish Foundation, which supports the wishes of children with life-threatening illnesses.

Wendi is a National Television host with ShopHQ Channel, a Home Shopping Network seen in 72 Million homes based out of Eden Prairie, MN and a professional Media and on-camera coach. She is sponsored by Studio Elan Hair in Edina, MN, Isomers Laboratories found on Shop NBC, Fernando Wong at WB Boutique in Florida, Youngquest Fitness in Eden Prairie and Georges Gabrielle Couture in Utah.