By Elizabeth Willoughby on September 19, 2016 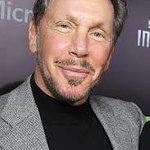 In May, American billionaire Larry Ellison of Oracle origins announced his $200 million donation to a new cancer research center.

The interdisciplinary facility, to be called Lawrence J. Ellison Institute for Transformative Medicine of USC, is expected to break ground by November. The center’s goal, as reported by Fortune.com, is to bring experts from different specialties together “to transform the way cancer is treated”. Besides medical scientists, this would even include chefs to advise on diet in medicine.

This collaboration aims to accelerate the progress in scientific discoveries in the field of cancer immunotherapy because the centers will be able to collaborate and pool their intellectual property so that scientists at any center will have access to any breakthroughs at any other of the centers.

Parker says that immunotherapy has seen success in some areas, such as melanoma and blood cancers, and believes there is no reason why it shouldn’t be applicable to all tumor types.

“At some point I had a hunch that the immune system played a really important role in protecting us from cancer,” he says. “That was, for a long time, a very controversial theory.”

This is the basis for his bringing scientists into an environment where they can cooperate and collaborate and where the best ideas can get funded.

“I’ve been interested in life sciences for as long as I can remember,” says Parker. “I have a deep personal interest in immunology because I have autoimmune diseases myself. Cancer knows no boundaries. It afflicts people everywhere.”

Unsung Heroes Thanked by The Duchess of Cornwall Jun 4, 2020

The Duchess of Cornwall has sent a message of thanks and support to volunteers across the country at the start of Volunteers’ Week. More →
More news →