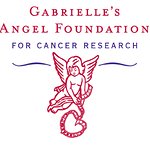 Established from the desire of young entrepreneurs and professionals to give back and make a difference in the fight against cancer, proceeds raised from the evening will benefit the Foundation’s music therapy program for cancer patients at Memorial Sloan-Kettering Cancer Center. Hosted by YouTube star Twan Kuyper, the event will be held on Monday, June 24th at The Fleur Room in New York City.

Guests at the gala will be transported into a whimsical midsummer garden of immersive experiences with performances by Johnny Manuel, DJ Celeste Greenberg, and DJ Coco Robert, among other surprises.

“I’m honored to be working with a group of dedicated young entrepreneurs donating their time and resources to help raise awareness and much needed funds for important programs such as our music therapy program for cancer patients,” said Denise Rich. “Since high school, Andrew Warren has been a steadfast supporter of the organization and I am thrilled to recognize his efforts at the inaugural Midsummer Angel Gala.”

“I am so thrilled to receive this honor as Gabrielle’s Angel Foundation was the first charity I supported, starting at the age of 14, staying close to my heart for the past 11 years. I have been happy to take part in a number of their events, raising much needed money and awareness for cancer research and I plan to continue to do so for more years to come. My hope is to inspire younger generations to get involved in any capacity they can” said Andrew Warren.

Andrew Warren is an American fashion designer and influencer born in Manhattan. He is the creator and owner of the fashion label Just Drew. Just Drew, marketed as women’s wear, is manufactured in the United States.

The event is set to quickly become the marquee fundraising event kicking off the summer gala season with plans to expand next year’s into a larger scale concert setting.