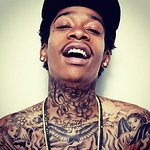 The philanthropic rapper will close the evening with a special performance in support of the millions of children around the globe who don’t have access to quality education.

“Kids should be able to chase their dream. Pencils of Promise is allowing them to do that,” said Khalifa.

Honorary Event Chair, Grace Raymond, and Creative Director, Luam Keflezgy, will be boldly leading the effort to transform the annual event and take supporters through a world imagined.

“There are 250 million kids around the world who can’t read and write. The evening will portray a living world and an environmental utopia, in which all children have access to an education” said Grace Raymond of what guests can anticipate at the event.

The 2016 Gala will feature an awards portion, highlighting the generous partnership with luxury footwear brand Stuart Weitzman. The corporation has supported Pencils of Promise with their Shoes for Schools campaign, through which they funded the construction of three schools — one in Ghana, Guatemala and Laos. The night will also recognize the long-time dedication of the Womble Family/Collis Foundation.