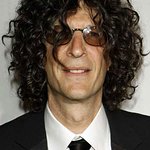 Former model, wife of Howard Stern, and celebrity spokesperson of the North Shore Animal League Beth Ostrosky raised over $300,000 for her favorite animal shelter when she ran in the New York Marathon earlier this month.

Along with 20 other runners competing for the cause, the 36-year-old expected to complete the race in about five hours, but ended up finishing in 4 hours and 15 minutes.

“This was the happiest day of my life,” she said.

The race team announced that they had raised $295,000 for the North Shore Animal League just before the event started, but Stern offered to make it an even $300,000 by donating $5,000.

“She told me to use my nervousness to keep going,” Ostrosky said. “I just kept thinking about seeing Howard and [his daughter] Ashley on the finish line.”

North Shore Animal League America, headquartered in Port Washington, New York, is the largest no-kill animal rescue and adoption organization in the world. Since 1944, The League’s mission has been saving the lives of pets through adoption, rescue, spay/neuter and advocacy initiatives. Every year, the League reaches across the country to rescue, nurture and adopt nearly 20,000 pets into happy and loving homes. To date, the League has placed close to 1 million puppies, kittens, cats and dogs into carefully screened homes.