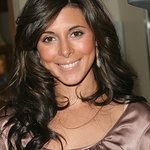 Race to Erase MS has announced that actress Jamie-Lynn Sigler will be honored with the 2017 Medal of Hope Award at the 24th Annual Race to Erase MS Gala, which will be hosted by Nancy Davis on May 5, 2017 at The Beverly Hilton in Los Angeles.

The legendary, celebrity-filled gala has raised over $46 million to date for Race to Erase MS and its Center Without Walls program. This year marks the 24th annual event, where guests will be able to participate in a silent auction before enjoying a dinner gala featuring live musical performances.

“I admire Jamie-Lynn’s bravery for publicly sharing her journey with MS and in doing so she helped inspire others with this disease to take charge of their health,” said host Nancy Davis. “She has ignited a new awareness for multiple sclerosis worldwide and has been working diligently to find a cure in our lifetime.”

Jamie-Lynn Sigler first captured audiences when she appeared on HBO’s critically acclaimed drama “The Sopranos” as mafia daughter ‘Meadow Soprano.’ Her performance on the show earned her two SAG Awards for Outstanding Performance by an Ensemble in a Drama Series, two Hollywood Reporter Young Star Award for Best Actress in a Dramatic Series, as well as two ALMA Award nominations for Best Actress in a Drama Series. Sigler most recently starred on the NBC comedy “Guy’s with Kids,” executive-produced by Jimmy Fallon. Additional TV credits include recurring roles on HBO’s hit series “Entourage,” ABC’s hit comedy “Ugly Betty,” as well as character arcs on “How I Met Your Mother,” “Last Man Standing,” and “Dads.” Off-screen, she made her Broadway debut as ‘Belle’ in Disney’s “Beauty and the Beast” in October 2002, after starring in the national tour of Rodger’s and Hammerstein’s “Cinderella” opposite Eartha Kitt. Additional theater roles include New York regional productions of “Annie,” “The Wizard of Oz,” “The Sound of Music,” “The Wiz,” and “Gypsy.” A native of New York, Sigler divides her time between New York and Los Angeles. She has made a profound statement in the community by bringing multiple sclerosis into the limelight with her public diagnosis and has made it her mission help find a cure for MS.

For the latest news and information on Race to Erase MS be sure to follow on social, and join the conversation using #RaceToEraseMS and #EraseMS. 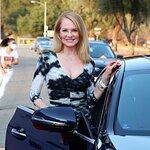