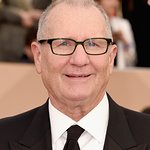 This is the 21st year that People and EIF have united on the Gala, which honors the charitable efforts of actors in their communities and make an annual donation to the SAG-AFTRA Foundation. Tony Schubert of Event Eleven will design and produce the Gala for the ninth consecutive year.

People and EIF have collaborated on a variety of causes for more than a decade. Through their combined contributions, People and EIF support three SAG-AFTRA Foundation programs over the course of 2014-2019: Storyline Online, a free, streaming digital library of children’s literacy videos; and the Catastrophic Health Fund and the Scholarship Program for SAG-AFTRA artists in need of real support.

“We are honored once again to partner with EIF to support the SAG-AFTRA Foundation and its important initiatives in the entertainment community,” says Jess Cagle, Editor in Chief, People. “People has a history of celebrating the philanthropic efforts of Hollywood and supporting those charitable initiatives on all our platforms.”

“The dedication of actors who lend their powerful voices to EIF initiatives are invaluable in raising awareness and making an impact,” says EIF President and CEO Lisa Paulsen. “We are honored to work with People and the SAG-AFTRA Foundation to be able to give back to the community of actors who consistently supports EIF’s work and are committed to charitable giving.”

The Catastrophic Health Fund provides financial grants to eligible SAG-AFTRA members who suffer from catastrophic illness or injury and, no longer able to work, need assistance with insurance premiums and/or significant medical costs.

The Foundation’s Scholarship Program awards $400,000 in scholarships annually to eligible SAG-AFTRA members and their dependents to pursue higher education. In addition, People and EIF are donors to the SAG-AFTRA Foundation’s state-of-the-art voiceover lab in New York, named the EIF Voiceover Lab, which provides free voiceover workshops and recording time in professionally equipped sound booths to thousands of union voice actors.

As a nonprofit, all SAG-AFTRA Foundation programs and resources are made possible through gifts, grants and sponsorships from generous supporters like People and EIF.

“In 2016, our children’s literacy website Storyline Online produced and released new videos featuring actors Ed O'Neill, Christian Slater, Allison Janney and Mary Steenburgen. We look forward to releasing several more videos in 2017. This tremendous growth is a direct result of the significant grant made by People and EIF," said Cyd Wilson, SAG-AFTRA Foundation Executive Director. “Not only do these two organizations genuinely care about advancing children’s literacy, but also at a time when working artists are struggling more than ever to find real support when times are difficult, People and EIF have been outstanding patrons of our catastrophic health and scholarship programs, helping to keep these vital resources available and alive. We rely on industry leaders like People and EIF who understand the value of art and storytelling in our culture, and who have stepped up to champion our Foundation and the artists of our industry.”

For more than 30 years, the Foundation has granted more than $18.5 million in financial and medical assistance to SAG-AFTRA members and families. In addition, the nonprofit has offered over 7,000 free educational workshops, panels and classes to SAG-AFTRA artists nationwide