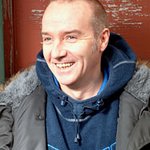 Midge Ure – the musician who helped Bob Geldof organize Band Aid and co-wrote Do They Know It’s Christmas? – has received an honorary doctorate for his humanitarian work.

The 55-year-old former singer for Ultravox was presented with the degree at Glasgow Caledonian University in Scotland, an honor that follows similar awards from universities in Edinburgh, Abertay and Paisley.

Ure – who was awarded with an OBE in 2005 – is still a member of the Band Aid Trust and still gives his time to organizing benefit events, such as Geldof’s Live 8 events three years ago.

Ure said he was “overwhelmed and extremely pleased” to receive the award and urged fellow graduates to “make a difference”.

Bob Geldof on the IMF Gold Sale and ONE

Bob Geldof Speaks on Education for All Children

Her Majesty Queen Rania at the Education for All Campaign Launch