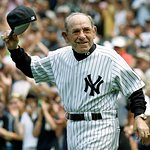 Celebrities from the worlds of sports, entertainment and public service will offer unique personal experiences or memorabilia in an auction to benefit Realizing the Dream, Inc., the charity overseen by Martin Luther King III, eldest son of the Reverend Dr. Martin Luther King Jr., and co-founded by former United Nations Ambassador Andrew Young.

A total of 100 “Dreams” will be auctioned in waves, with the first 10 lots going under the hammer on December 21st. Additional Dreams will be added to the roster each Friday.

The first ten Dreams on offer are the following:

Realizing the Dream, Inc., with headquarters in Atlanta Georgia, is a non-profit organization dedicated to making Dr. King’s dream a reality for all. Realizing the Dream seeks to continue the legacy and work of Dr. and Mrs. King in wiping out poverty and injustice through programs that foster peace and nonviolent social change, empower poverty-stricken communities, and develop strong leaders among the nation’s youth. Monies raised from the auction will be used directly to carry out these programs.

“I am truly overwhelmed by the enormous response from celebrities all over the country,” said Mr. King. “With their help, the torch for justice, equality and community that my parents once held is uplifted. More important, their generous commitments in support of my quest to continue the work toward the elimination of poverty and suffering are a testament to my father’s belief in the Beloved Community.”

Bids can be made live on eBay or direct via supervising auctioneers Morphy Auctions.