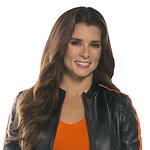 For the 12th consecutive year, Make-A-Wish and ESPN are joining forces to give sports fans everywhere a glimpse at the transformation that takes place when children with critical illnesses meet their favorite athlete, team or sports personality.

The “My Wish” series can be seen on SportsCenter beginning the evening of Sunday, July 16. The series continues throughout the week with a new, inspirational sports wish featured daily from July 16-19. On Thursday, July 20, a compilation feature showcasing all four wishes will debut.

From international icons and gold medalists to hall of famers and MVPs, the series has documented nearly 60 wish kids meeting some of the most distinguished athletes of all time. This year will be no different as sports wishes granted this summer will be shared with the ESPN audience. As he has since the start of the series in 2006, Emmy-award winning reporter Chris Connelly once again lends his unmatched storytelling abilities to the series.

Featured in this year’s series are the MLB’s Los Angeles Dodgers, NFL’s Dallas Cowboys and NASCAR driver Danica Patrick. This year will also give viewers a never-before-seen peek at the process of making a “My Wish” feature as part of Jalan’s wish “to motivate others by telling my story on ESPN.”

“Recent research has proven that a wish-come-true can not only make children with critical illnesses feel better, but actually get better,” said David Williams, president and CEO of Make-A-Wish America. “The ‘My Wish’ series invites the public to witness sports wishes that will forever change the wish kids and their families, which is truly incredible to see.”

Make-A-Wish extends its thanks to Disney and ESPN for their support of the “My Wish” series, and for their help in creating these incredible wish experiences. Beyond assisting with this year’s series, Disney – which owns ESPN – has been a steadfast friend of Make-A-Wish for 37 years and has helped the organization grant more than 110,000 Disney-related wishes, including the first official wish in 1980.