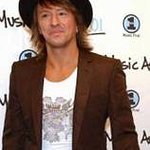 The TJ Martell Foundation is proud to announce that RSO (featuring platinum-selling singer-songwriters and world-class guitarists Richie Sambora and Orianthi) has been added to the lineup for the SOLD OUT Los Angeles Family Day’s Spirit of Excellence Dinner.

The annual dinner will take place at the LUXE Hotel on Sunset. RSO joins Grammy nominated artist Andy Grammer who will be headlining the event. iHeart Radio personalities Lisa Foxx and Clarence Barnes will serve as hosts of the evening festivities.

In addition to musical performances the evening will include a live and silent auction featuring items such as a Tuscan vacation for 4, Bordeaux Wine package for 2, AMA & ESPY Award Show tickets just to name a few. Other auction items include concert packages, music memorabilia and golf and luxury travel packages. One of the highlights of the evening is the reveal of the T.J Martell Foundation GuitarTown Kids guitars that will be auctioned off to fund pediatric cancer research at Children’s Hospital of Los Angeles later this month on Charitybuzz.

“We are looking forward to celebrating and paying tribute to some very special and influential leaders in the entertainment industry and medical community,” says Laura Heatherly, CEO of T.J. Martell Foundation. “While Amy Howe, Greg Thompson and Dr. Robert Seeger have different backgrounds in their professions, they have one thing in common – the quest to help T.J. Martell Foundation save lives. To top off the night, we are thrilled to welcome Richie Sambora, Orianthi and Andy Grammer who will rock the Luxe on Monday night.”

The Spirit of Excellence Dinner is part of L.A. Family Day, an daytime outdoor concert held at The Grove on Saturday, Oct. 7. Presented by CITI, The Grove, GuitarTown Kids and Gibson Foundation, attendees can enjoy live performances by Jordan Fisher, Sofia Carson and In Real Life. Various members of the entertainment community will be at attendance including the Foundation’s co-chairs Ken Bunt, President of Disney Music Group and David Schachter, Vice President of UBS Financial Services, Inc.

American rock icon, Songwriters Hall of Famer, and founding member of multi-platinum, Grammy-winning band Bon Jovi, Sambora (who has sold over 130 million albums worldwide and has co-written over 20 Top 40 hits and 11 Top 10 hits) and Australian guitar virtuoso Orianthi (who has shared stages with the likes of Michael Jackson, Santana, Prince, ZZ Top and was the first female member of Alice Cooper’s band) have both written chart-busting singles, toured the globe extensively, collaborated with superstar artists, and released three solo albums each. Their new collaboration, RSO, sees Sambora and Orianthi teaming up as a duo for a genre-spanning musical project encompassing elements of rock, blues, pop, R&B and country. RSO’s new EP Rise is out now, a collection of songs with catchy melodies and uplifting lyrics that are meant to bring people together, empower them, and making them feel good. The harmonious blend of Sambora and Orianthi’s voices and guitars are front and center, putting a fresh spin on male-female duets. RSO displays the combustible chemistry that Sambora and Orianthi have both onstage and off.