Trisha Yearwood Honored For Work With Habitat For Humanity 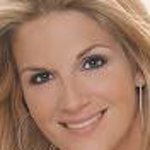 Last week, Grammy Award-winning artist and Atlanta native, Trisha Yearwood, received a proclamation from the state of Georgia, for her exemplary work with non-profit organization, Habitat For Humanity.

Former President, Jimmy Carter, surprised Yearwood on stage at one of her tour stops last week in her hometown of Atlanta, Georgia, to present her with the proclamation. Carter and Yearwood are longtime friends who met and have bonded over their work with the organization that builds homes and communities for those who need shelter and aid.

“It’s such an honor to receive recognition from my home state of Georgia, and to have President Jimmy Carter, a man who has inspired me, present my proclamation, is truly special,” stated Yearwood. “The work Habitat for Humanity does is so important and I’m humbled to be a part of their organization. I hope to continue working on site builds for a very long time.”

Yearwood and President Carter met in 2007 on Trisha’s second build with the non-profit. President Carter and First Lady Rosalynn Carter have worked with Habitat For Humanity for over thirty years, creating their own division of the organization called, Carter Work Project, a weeklong build they spearhead in a different city, every year.

In 2016 Yearwood and President and First Lady Carter were recognized together for their exceptional volunteer efforts and named as inaugural Habitat Humanitarians by Georgia based, Habitat for Humanity International, an honor bestowed on influencers and ambassadors who exemplify extraordinary dedication to humanitarian service.