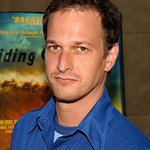 More favorites of stage and screen have joined the star-studded line-up for the 17th-Annual 24 Hour Plays on Broadway.

Michael Shannon, Rachel Dratch, Ebon Moss-Bachrach, Paul Sparks, Annie Parisse, Carolyn Cantor and Leslye Headland are the latest to join the exceptional group of artists who will come together to write, direct and perform six original plays within 24 hours. The culminating performance will take place on Monday, October 30th at 8:00pm at the American Airlines Theatre.

Proceeds from the one-night-only performance benefit the Company’s program supporting theatre professionals 25 and under through The 24 Hour Plays: Nationals and The Lilly Awards Foundation’s work supporting women in theatre and promoting gender parity.

The marathon process for The 24 Hour Plays on Broadway begins at 10 p.m. the night before the performance. The writers, directors, actors and production staff – many of whom have never worked with or met each other before – gather for an orientation where they are asked to share one costume piece, one prop, a special skill, and to reveal something that they have always wanted to do on stage. Using these items as inspiration, the writers spend the night developing 10-minute plays. At 9 a.m. on the morning of the event, the actors receive their roles and the directors arrive to begin rehearsal. Less than 12 hours later, they must be ready to perform in front of a live audience.

Additional tickets for The 24 Hour Plays on Broadway are available for purchase online at
www.24hourplays.com or by calling (212) 868-4444.