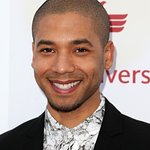 The Thurgood Marshall College Fund is celebrating 30 years as the premier organization for advocating, supporting and investing in our nation’s publicly-supported Historically Black Colleges and Universities (HCBUs) and Predominantly Black Colleges and Universities (PBIs) at its 30th Anniversary Awards Gala, October 23, 2017 at the Washington Marriott Wardman Park Hotel.

In addition to the corporate CEOs, congressional members, and other key education influencers coming out to help celebrate this special occasion, the attendance will include over 500 HBCU students, presidents, chancellors, faculty, and middle and high school scholars who were all attendees for TMCF’s award-winning Leadership Institute, which precedes the gala. Additionally, celebrity guests, Jussie Smollett, Vivica A. Fox, Darryl M. Bell, Miss USA 2016 Deshauna Barber, Kevin Frazier, and Hall of Famer and NBA Cares Ambassador Bob Lanier will be in attendance.

“For 30 years TMCF has been a beacon of light for so many deserving students and our member-schools,” said TMCF President & CEO Johnny C. Taylor Jr. “This year’s honorees exemplify the very best in Corporate America, law and higher education. We’re able to develop minds and deliver dreams through the support of our generous partners and friends who understand that without money, there is no mission.”

The proceeds from the black-tie gala will enable TMCF to continue its 30-year vision of changing the world, one leader at a time. TMCF’s gala is one of Washington DC’s largest, non-political, annual fundraising events, raising millions of dollars for its member-schools since its inception in 1987.

For more information about TMCF, the Gala or this year’s honorees, please visit www.tmcf.org/gala.