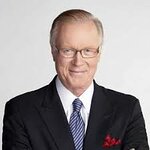 The ASPCA (American Society for the Prevention of Cruelty Animals) 2017 Humane Awards Luncheon, with Master of Ceremonies Chuck Scarborough, will recognize both people and animal heroes who, over the past year, have demonstrated extraordinary efforts and a commitment to animal welfare.

Following a nationwide public call for nominations, an ASPCA-appointed committee reviewed hundreds of entries and selected winners in six categories, including the brand new ASPCA Citizen Hero Award. This year’s 2017 honorees in attendance include:

· ASPCA Dog of the Year: “Rescue,” Cambridge, MA
Rescue, a service dog trained by NEADS, provides essential support to Jessica Kensky, who became a double amputee as a result of the 2013 Boston Marathon bombing. Rescue’s assistance for Jessica includes opening doors, fetching objects, calling for emergency help, and many other tasks. At the same time, Rescue also provides Jessica and her husband Patrick Downes with invaluable emotional support and comfort that has helped transform their lives after tragedy.

· ASPCA Cat of the Year: “Flame,” Greenville, SC
Flame was a malnourished orange and white kitten when he strayed into the Belmont Fire Department in South Carolina in 2015. He attached himself immediately to the firefighters, who returned the affection, opening their home and hearts for him. Flame brings them companionship and comfort, even during the most stressful and tragic moments, and also participates in educational events with local children.

· ASPCA Citizen Hero Award: Judy Obregon, Fort Worth, TX
When Judy Obregon discovered that an area near Fort Worth, Texas had become a dumping ground for abandoned, injured, and deceased animals, she vowed to help them. Since 2010, Judy has visited this financially challenged, high-crime area to rescue animals, arrange veterinary care, and assist with their adoption. With help from a network of local volunteers she formed, Judy has rescued more than 300 dogs to date, inspiring admirers across the country.

· ASPCA Henry Bergh Award: Mission K9 Rescue, Houston, TX
Mission K9 Rescue assists American retired military and working dogs who risk their lives in heroic service at home and abroad. While these animals are cared for during their tours of duty, some end up homeless, injured, and very vulnerable afterward. Mission K9 Rescue provides necessary care and rehabilitation, and facilitates reunion and adoption opportunities. Since its founding, Mission K9 Rescue has reunited more than 70 canine handler teams and rescued more than 100 dogs in need.

· ASPCA Equine Welfare Award: Fleet of Angels, Evans, CO
When lifelong horse-lover Elaine Nash saw how badly horses needed help across the U.S., she launched Fleet of Angels – a program to manage large equine crises and to move at-risk horses to safety through a network of thousands of trailer owners and service providers. Early this year, in the largest known horse rescue in history, Fleet of Angels took in a group of more than 900 starving and neglected horses that had been seized, and have now almost completed the mission of placing them all in good homes. Each year, thousands of horses are assisted by Fleet of Angel’s life-saving work, including horses recently displaced by Hurricanes Harvey and Irma.

· ASPCA Tommy P. Monahan Kid of the Year Award: Jessica Brocksom, Milford, CT
Eleven-year-old animal lover Jessica Brocksom won the job of 2017 Connecticut Kid Governor on the strength of her inspiring animal welfare platform. Elected by fifth graders from across the state, Jessica works actively to help animals and owners in need, including advocating for legislation to allow children to have therapy animals with them while testifying in court, and helping increase awareness of the dangers of leaving dogs and other animals in cars during hot weather.