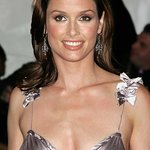 Thousands of women from around the world took to New York’s Central Park on Sunday, April 15, to participate in the 15th Annual SHAPE Women’s Half-Marathon.

The race, presented by SHAPE magazine in partnership with New York Road Runners (NYRR), is one of the largest women-only half-marathons in the country.

“It’s always inspiring to see so many beautiful and strong women pounding the pavement in Central Park,” says SHAPE Editor-in-Chief Elizabeth Goodman Artis. “We’re thrilled to be a part of this empowering event.”

For the third year in a row, the SHAPE Women’s Half-Marathon hosted its annual Women Run the World™ Relay & Mentorship Program. The relay honored 13 notable female leaders across multiple industries, while also highlighting the importance of supporting, inspiring and empowering the next generation of women.

Each of the 13 honorees were paired with a young woman from NYRR’s Run for the Future program, which trains New York City high school girls to run their first 5K race, build and strengthen self-confidence, and earn money toward college.

Each pair ran or walked a one-mile leg of the course as part of a relay team.

In addition to the 13 notable women of the Women Run the World Relay, Cynthia Erivo, Tony, Grammy and Emmy award winning actress and singer, sang the national anthem, and Jen Widerstrom, SHAPE Fitness Director and best-selling author of Diet Right for Your Personality Type, presented at the opening and closing ceremonies.

“It was such an honor to host yesterday’s event,” says Kelly. “What makes this event special is the tremendous enthusiasm of the thousands of women who participate and their incredible support for one another. Seeing all of these women bond together was inspiring and made for an unforgettable experience.”