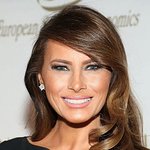 “As a mother and as first lady, it concerns me that in today’s fast-paced and ever-connected world, children can be less prepared to express or manage their emotions and oftentimes turn to forms of destructive or addictive behavior such as bullying, drug addiction or even suicide,” the First Lady said during a Rose Garden event last Monday. “I feel strongly that as adults we can and should be best at educating our children about the importance of a healthy and balanced life.”

“I’ve never seen so many powerful women in one room at the same time. Singing at the First Lady’s Luncheon was bittersweet,” said Greenwood. “We are praying for the First Lady as she recovers at Walter Reed from kidney surgery, a fantastic facility that has served our military and those that run our great Nation for many years. We are confident the First Lady is in great hands.”

The First Lady was unable to attend the luncheon due to a recent hospitalization. Second Lady of the United States, Mrs. Karen Pence, wife of the Vice President of the United States Mike Pence, gave warm remarks to the Congressional Club members and their guests.

The charitable recipient of the luncheon included Lily’s Place of Huntington, W. Va.

First Lady Melania Trump will speak to PTA leaders and advocates from across the country Tuesday, March 10 at 1 p.m. EST during the 2020 National PTA Legislative Conference at The Westin Alexandria Old Town in Alexandria, Va. More →