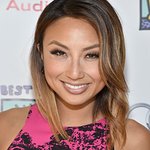 ADCOLOR, the premier organization dedicated to celebrating and promoting professionals of color and diversity in the creative industries, is heading to Los Angeles to hold their 12th annual awards show and conference at the J.W. Marriott Los Angeles L.A. Live Hotel from September 21st through 23rd.

“ADCOLOR is more than a conference and awards – it is a movement,” said Tiffany R. Warren, ADCOLOR’s Founder and President. “This year, we expect to welcome more than 1,200 diversity champions and professionals of color, and will honor dozens of remarkable advocates, activists and changemakers. The achievements of the ADCOLOR community demonstrate the power and impact of diversity and inclusion.”

For more than a decade, the event has provided an opportunity for the organization to honor those who embody ADCOLOR’s motto “Rise Up and Reach Back.” Those honored not only excel in their own careers, but also give back to the community and support their peers. ADCOLOR’s goal is to create a rich network of diverse professionals that encourage and celebrate one another.

The ADCOLOR Awards will take place in Los Angeles at the J.W. Marriott Los Angeles L.A. Live Hotel, on Sunday, September 23rd and are presented by Microsoft and Omnicom Group.