Comedians To Stand Up For Peace At NYC Event 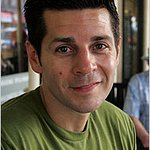 The Seeds of Peace Young Leadership Committee will hold its annual StandUp for Peace benefit on January 6th at the Gotham Comedy Club in New York City.

Founded in 1993, the Seeds of Peace program seeks to empower youth from areas of historic conflict with leadership development in areas such as empathy, respect, communication skills, and conflict resolution in order to help foster peace for the next generation. Training in consensus-building skills is provided at the organization’s International Camp in Maine and continues in the participants’ home countries following their return.

The StandUp for Peace benefit was first started by Scott Blakeman and Dean Obeidallah, two comedians of Jewish and Muslim backgrounds. The two often discussed politics and the crisis in the Middle East, and eventually decided to put their common interests—politics and comedy—together in the form of standup. They collaborated to produce a series of shows that featured comedians of Arab-American and Jewish backgrounds in order to encourage and promote peaceful dialogue amongst people with differing perspectives.

Dean Obeidallah recently spoke to Look to the Stars about the event and why he thinks humor can open the door to mutual understanding.

“I believe strongly that comedy can be used to bring people together as well as raise important issues,” he said. "There is a legacy in the US of using comedy as a type of social activism as seen in the past with comics like Richard Pryor and Lenny Bruce and which continues today with comics like Chris Rock and Jon Stewart – to name a few. I think comedy is a great way to disarm people and make them feel comfortable with issues that they may not be interested in if it was a traditional speech. When people of opposing viewpoints are laughing together in the same room at the same jokes, it can’t help but to bring people together -even if it’s just a little bit."

This dialogue, Dean reiterated, is particularly relevant given the current tenor of the Israeli-Palestinian conflict.

“I believe that in times of heightened conflict in the Middle East – like what is going on now in Gaza – it’s even more important that we bring together people of different backgrounds and religions who support a peaceful solution to the Middle East conflict. It’s easy to talk about peace when things are calm – but it’s in times like this that it’s even more important to bring together the voices who support peace so that they don’t lose faith and in the hopes that we can encourage others to speak out and get involved in support of this cause.”

Look to the Stars would like to thank Dean Obeidallah for taking the time to speak to us about the upcoming StandUp for Peace benefit. Learn more about StandUp for Peace and Seeds of Peace by visiting their websites.