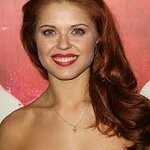 GRAMMY award winning recording artist Judith Hill wrote, produced and stars in the show. Judith sang her way into the hearts of America on NBC’s hit show The Voice" and quickly became a fan favorite for her soulful voice. Judith has been touring the world for years bringing joy to audiences everywhere who love her music and signature style. Judith is a humanitarian with a huge heart for children and so creating the Golden Child benefit for GO Campaign has been a labor of love to help children in her community.

Judith Hill’s live musical production of her new album Golden Child is about reconciliation. It paints a powerful picture of what the world would look like when people come together and celebrate their diversity. Golden Child will be a structured ballet template with the freedom, spontaneity and improvisation of a funk concert. In the story, a young child is transported into a make- believe world, where she encounters the adult version of herself amongst a group of colorful characters. As dark forces attempt to divide and destroy the community, her new friends are faced with the challenge to overcome hatred and oppression with the power of love. By the end, you will understand that the colors of humanity are more beautiful when they come together.

Judith Hill’s new album, Golden Child was written, produced, mixed and arranged entirely by Hill — features ten original tunes with the Hill on piano, guitars and vocals along with her musician parents Robert “Pee Wee” Hill on bass and Michiko Hill on organ. Michael White sits in on drums and Tony Maiden on guitar.

“I am so excited to be supporting GO Campaign and their incredible work for children across the globe. Golden Child is a story about acceptance and bringing the world together. It begins by how we treat our children. On Dec 5th, we will be raising money to support LA’s inner city youth. I can’t wait to see all of my friends in the entertainment industry at our benefit in support of such a great cause. We are proud to host children and their families from GO Campaign’s local LA programs and perform our show for them,” said Judith Hill.

“We’re thrilled and honored that Judith will be performing this incredibly special one-night-only musical event to support GO Campaign’s work for vulnerable youth across Los Angeles. 100% of the proceeds will directly support GO’s portfolio of grassroots projects across the city, including addressing the needs of foster youth in South Los Angeles, protecting children impacted by gang violence and bullying in Watts, providing services for teenage mothers and newly arrived immigrant girls across L.A, and more. This is not only going to be an amazing night of music and entertainment — it is also going to impact the lives of so many children and their families across our city.”, said Scott Fifer, Founder & CEO of GO Campaign.

Partygoers will enjoy signature flavors of cotton candy by Love Swirls and refreshing juice and flavored sparkling water from Purity Organic. Hydration will be powered by AQUAhydrate. Guests will have an opportunity to support GO Campaign onsite by purchasing a SOL LOS ANGELES fashionable Good To Go T-shirt with 100% of the proceeds benefiting the non-profit. DJ Kid Fish will keep the dancefloor packed at the after party as celebrities and entertainment industry executives kick off the holiday season in style.

WHY: To raise funds and awareness for GO Campaign’s portfolio of grassroots projects across the city, including addressing the needs of foster youth in South Los Angeles, protecting children impacted by gang violence and bullying in Watts, providing services for teenage mothers and newly arrived immigrant girls across L.A, and more.