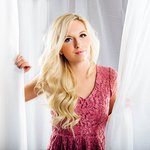 One year ago, Billboard Artist to Watch Jessie Chris, the victim of extreme bullying as a child, set a personal goal to visit 100 schools across the United States to speak with kids about bullying!

And last week, she reached her goal when she visited Abraham Lincoln Elementary School in Wyckoff, NJ. In fact, at the end of last week’s school visit she announced to the media in attendance that she is increasing her goal to 200 schools!

Jessie was recently approached by Danny Wood of New Kids On The Block after he learned of her visiting 100 schools across the country to speak to kids about bullying. Wood was so inspired by her efforts that he wrote a duet, “Bodyguard” which the two recently recorded and is scheduled for release in January 2019. In October 2018 Jessie was honored by TLC Network for her Anti-Bullying work in schools. Jessie is also a published author and has sold more than 5,000 copies of her book “DREAMS” in just the first two months.