Mickey Rourke Gets Tough For PETA 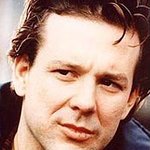 Tough guy Mickey Rourke is the latest actor to feature in an advert for PETA's Animal Birth Control (ABC) campaign.

“Have the cojones to fix your dog,” the ad – which features Rourke and his pet Chihuahua, Jaws – reads. “When dogs get knocked up, puppies get put down because there aren’t enough homes for them.”

The actor is well known for his love of dogs, and even thanked them during the 2009 Golden Globe awards when he won for his role in The Wrestler.

“Sometimes when a man’s alone, all you’ve got is your dog,” he said. “They’ve meant the world to me.”

According to PETA, more than 7 million dogs and cats are turned in to U.S. animal shelters every year, and almost half of these will be euthanized because there aren’t enough good homes for them. Their ABC campaign aims to stop this by encouraging people to spay or neuter their pets. Patricia Arquette has also featured in an ad for the campaign.

Mickey Rourke’s new ad can be seen at the PETA website.