GLSEN To Honor Panic! At The Disco 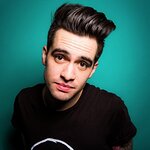 GLSEN, the leading education organization working to create safe and inclusive K-12 schools for LGBTQ youth, announced today that it will honor Brendon Urie, front man of the band Panic! at the Disco, with the Inspiration Award for his ongoing commitment to LGBTQ youth and for investing in the power of students to create more inclusive schools.

Urie will be presented with the Inspiration Award at the upcoming 2019 GLSEN Respect Awards – New York, on Monday, May 20, 2019, at Cipriani 42nd Street.

Brendon Urie has been a long-time LGBTQ advocate, draping himself in Pride flags during performances and cultivating a fan base that lights up home-made rainbow hearts at sold out shows. In June of 2018, Urie pledged a one million dollar gift to GLSEN to provide resources, training, and support to students creating student-led GSA clubs in K-12 schools. The donation was the inaugural gift of his newly established Highest Hopes Foundation founded to support the efforts of non-profit organizations that lead, develop, and advocate support for human rights for all people and communities subject to discrimination or abuse on the basis of gender, race, religion, sexual orientation, and gender identity.

“Brendon has created a unique, powerful, and gloriously safe space for his fans at every concert. How many other stadium shows have vendors outside wrapped in rainbow flags?” said Eliza Byard …. “With the creation of the Highest Hopes Foundation and his incredible pledge to GLSEN, Brendon is extending that power out into the world and putting it into action. By partnering with GLSEN to set the stage for GSA formation and student action in all fifty states, Brendon is galvanizing a new wave of youth advocacy at just the moment that the world needs it most. We cannot thank him enough.”

“Partnering with GLSEN to support student leaders gives me hope that one day all young people will be free to be fully themselves. I know what it’s like to feel like you don’t belong, and that’s why GSA clubs are so important to me – they give LGBTQ students a place to belong. And GLSEN gives them the tools and resources to make a difference in their classrooms, communities, and ultimately much further,” said Urie. “I’m thrilled to work with GLSEN and am honored to be part of this event.”

As previously announced, Urie joins the Golden Globe® nominated cast of Pose as the evenings esteemed honorees. GLSEN will also be presenting awards to GSA of the Year and the Educator of the Year, and nominations are currently open for both categories.

The GLSEN Respect Awards – New York will welcome approximately 500 guests, including VIPs as well as outstanding youth leaders and educators from around the country, raising more than $1 million in support of GLSEN’s work.

For nearly three decades, GLSEN has led the way on LGBTQ issues in K-12 education through groundbreaking original research, innovative program development, educator training, student organizing, and targeted state and federal advocacy. With the development of educational resources, direct engagement of youth and educators, and national programs like Day of Silence, No Name-Calling Week, and Ally Week, GLSEN has seen the impact of its work.