For nearly three decades, GLSEN has led the way on LGBTQ+ issues in K-12 education through ground-breaking original research, innovative program development, educator training, student organizing, and targeted state and federal advocacy. With the development of educational resources, direct engagement of youth and educators, and GLSEN national programs like Day of Silence, Solidarity Week, and Changing the Game, GLSEN has seen the impact of its work in measurable improvements in the lives of LGBTQ+ students in the U.S. 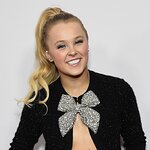