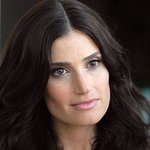 The evening will take place on Thursday, May 16, 2019, beginning at 6:30 pm at the Wallis Annenberg Center for the Performing Arts and will feature performances from beloved artists including Idina Menzel, Megan Hilty, Andrea Martin, Liz Callaway, Angel Blue and many others! Proceeds from the night will support the artistic, education, and outreach programs of The Wallis which serve more than 70,000 audience members annually, including thousands of underserved students from throughout the greater Los Angeles area with limited access to the arts. Honorary Co-Chairs are Wallis Annenberg, Alan Menken, and Julie & Marc Platt. Event Co-Chairs are John Bendheim and Cathy Louchheim. Support for the event includes Official Beverage Sponsor Wally’s Beverly Hills; Media Sponsor Angeleno Magazine and catering provided Wolfgang Puck. Tickets are now on available at TheWallis.org/Celebration.

“With a career spanning more than four decades, Mr. Schwartz has entertained and inspired generations of musical theater lovers with his immeasurable talent,” said John Bendheim and Cathy Louchheim, Event Co-Chairs. “His contributions to stage, film and television have become the bedrock of the contemporary American musical landscape and we are honored to tip our hats to him on this very special evening.”

“Over the past three seasons, we have been privileged to become the Los Angeles home of Stephen’s annual musical theater workshop along with our partners at ASCAP,” said The Wallis’ Artistic Director Paul Crewes. “It was through this collaboration that we have seen his dedication to fostering the musical theater art form and its next generation of artists – and it is our honor to pay tribute to his incredible breadth of work.” Rachel Fine, The Wallis’ Executive Director and CEO added, “In alignment with Stephen’s on-going commitment and devotion to aspiring songwriters, this special evening will provide significant funds for The Wallis to continue its work of producing and presenting works of new artists, as well as bringing the arts to thousands of students and young adults across the Los Angeles community – many of whom will experience music, theater or dance for the very first time.”

Stephen Schwartz wrote the music and lyrics for the current Broadway hit Wicked, and has also contributed music and/or lyrics to Godspell, Pippin, The Magic Show, The Baker’s Wife, Working (which he also adapted and directed), Rags and Children Of Eden. He collaborated with Leonard Bernstein on the English texts for Bernstein’s Mass and wrote the title song for the play and movie Butterflies Are Free. For children, he has written songs for two musicals, Captain Louie and My Son Pinocchio. He has also worked in film, collaborating with Alan Menken on the songs for Disney’s Enchanted as well as the animated features Pocahontas and The Hunchback Of Notre Dame, and writing the songs for the DreamWorks animated feature The Prince Of Egypt. His first opera, Seance on a Wet Afternoon, was produced at Opera Santa Barbara and New York City Opera. A book about his career, Defying Gravity, has been released by Applause Books. Mr. Schwartz has been inducted into the Theatre Hall of Fame and the Songwriters Hall of Fame, and has been given a star on the Hollywood Walk of Fame. Awards include three Academy Awards, four Grammy Awards, and a tiny handful of tennis trophies.

The evening celebration will unfold across three acts:

ACT II: Star-studded theatrical and musical performances by some of today’s most prominent artists in the state-of-the-art Bram Goldsmith Theater.

ACT III: A decadent dessert and champagne reception closes the evening on the Promenade Terrace.

Benefactor Packages and single tickets are now available starting at $500. For more information about Benefactor Packages or to purchase tickets, visit TheWallis.org/Celebration, call 310.746.4000, or stop by in person at the Wallis Annenberg Center for the Performing Arts Ticket Services located at 9390 N. Santa Monica Blvd., Beverly Hills, CA 90210. Ticket prices subject to change.