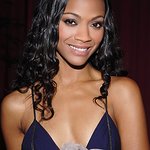 Actor Zoe Saldana and her husband, artist Marco Perego-Saldana, will be honored that same evening with Jhpiego’s 2019 Visionary Award in recognition of their exemplary work in supporting children and youth here and abroad.

The couples will receive their awards at Jhpiego’s annual “Laughter Is the Best Medicine” gala, held at the Beverly Wilshire Hotel. Comedian Tom Papa, who appears on the hit radio show Live from Here, will emcee the festivities. Actor and comedian Chelsea Peretti, who stars in the hit TV show Brooklyn Nine-Nine, and the comedy folk duo Garfunkel and Oates will perform. Other surprise guests are expected on the red carpet.

The event showcases Jhpiego’s global achievements and impact in delivering lifesaving, high-quality health care to women and families worldwide. Working for 45 years in 155 countries to ensure equity in health care services, Jhpiego believes that where a woman lives should not determine if she lives.

Mr. Godfrey, acclaimed producer of the recently released First Man and the two hit series The Maze Runner and Twilight, and his wife, Dr. Kerr, a nationally recognized obstetrician-gynecologist, will receive the Elyse Bila Ouedraogo Award. The award is named for a nurse in Burkina Faso who worked passionately to ensure that women had access to screening for cervical cancer — the disease that ultimately took her life.

Whether advocating on behalf of those battling leukemia, championing the needs of children with autism or improving the health of premature babies, Mr. Godfrey and Dr. Kerr, both graduates of Princeton University, recognize the importance of building healthy, vibrant communities through equal access to quality health services.

Ms. Saldana-Perego, actor and producer and star of Guardians of the Galaxy, Star Trek and Avatar, and Mr. Perego-Saldana, an internationally known artist whose work has appeared in shows from London to Miami, are being honored for their philanthropic work on behalf of children and youth. The couple has advocated for newborn health, lifesaving vaccines, girl empowerment, autism awareness and anti-poverty efforts for a host of organizations. They have championed diverse artistic voices through BESE, a media platform they co-founded in 2018 to promote Latinix youth and celebrate “the untold stories of today’s changing America.” 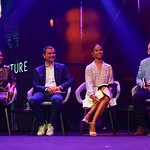 Actress, entrepreneur and philanthropist Zoe Saldana was in Amsterdam to help select the winner of the 2019 Chivas Venture – a social startup competition that gives away $1m in no-strings funding to businesses who blend profit with purpose to have a positive impact on the world. More →