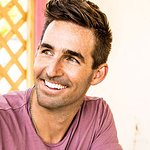 KIX 106, the source for Today’s Best Country, plans to offer its loyal listeners the chance to win concert tickets and VIP fan experiences, in an effort to unite country music fans around the St. Jude mission: Finding cures. Saving children.

The longtime St. Jude radio partner has raised more than $10 million for St. Jude over three decades. Thanks to generous donors – families never receive a bill from St. Jude for treatment, travel, housing or food – because all a family should worry about is helping their child live.

The timing of the concert coincides with the radio station’s other partnership with the World Golf Championships-FedEx St. Jude Invitational from July 24-28 – which is expected to draw tens of thousands of visitors from around the world to Memphis.

“It is an honor to play a part in bringing Jake and Hunter back to Memphis to support tourism and St. Jude,” said Morgan Bohannon, Vice President/Market Manager, Cumulus Media. “Our listeners are a great source of pride because they make it possible for KIX 106 to contribute to the pioneering research and lifesaving treatment at St. Jude Children’s Research Hospital in such a significant way.”

Owen is a long-time supporter of St. Jude Children’s Research Hospital. Earlier this year, he attended the 30th anniversary of Country Cares for St. Jude Kids, co-founded by Randy Owen. During the weekend festivities, Jake and Randy performed with Clint Black and Michael Ray before an audience of more than 900 radio personalities and industry executives from across the country. Randy then presented Jake with the “Angels Among Us” award to recognize his support of St. Jude.

“I have witnessed the amazing work at St. Jude and this summer concert is an opportunity to raise awareness and give back to St. Jude and the surrounding city that has given so much,” said Jake Owen. “I look forward to celebrating with fans and uniting in the fight to end childhood cancer.”

“The mission of St. Jude is near and dear to my heart,” said Hayes. “Having spent time in Memphis and at St. Jude, I’ve seen the level of support patient families need and receive for free because everything is completely covered – thanks to supporters around the globe. I am excited to return to the city and make it a night to remember.”