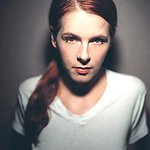 Neko Case is one of the hottest singers on the indie/alt-country circuit right now, and by downloading her new single, you could directly help an organization that is building a better world for everyone by promoting kindness to animals.

ANTI- Records has announced that Case will donate $5 to the Best Friends Animal Society for every blog that posts her new single, People Got A Lot Of Nerve. And it’s the same deal for every iLike user who adds the song to their playlist.

The singer first burst onto the music scene back in 1993. Neko Case has been one of the leading lights of the alt-country genre for the last ten years, with albums such as The Tigers Have Spoken and Fox Confessor Brings The Flood gathering solid reviews from critics and fans alike. Her new album, Middle Cyclone – from which the new single is taken – will be released on March 3.

Case is also well known for her love of animals and her activism in making the world a better place for them. She has recently spoken out about the affect wind turbines have on bats and also about puppy mills.

The blog promotion runs until February 3, and to find out how to post the song on your blog, check out the ANTI- Records website.

To watch a video of Neko Case talking about the Best Friends Animal Society, click here.

The new song can be downloaded by clicking here [mp3]