Seth Rogen and Lauren Miller Rogen's Hilarity for Charity (HFC) is hosting its first ever HFC County Fair on Saturday, September 14, 2019 at the Row DTLA in Los Angeles.

The one of a kind carnival fundraising event will feature celebrities and comics running the rides and game booths in addition to special musical performances, activations and installations, food trucks and merchandise stands. Tickets to the HFC County Fair are now available at HFCCountyFair.com with proceeds going towards Alzheimer’s care, support and brain health education. The organization will also host its annual Hilarity for Charity Variety Show in New York later this fall.

Seth and Lauren founded Hilarity for Charity as a resource for younger generations to help bridge the gap in understanding the landscape of Alzheimer’s disease. Since its inception, the organization has raised over $11 million, hosted 9 variety shows in LA and NYC, launched a national Homecare Relief Grant Program, organized online support groups to build community and connectivity, funded cutting edge brain health and prevention research, and engaged young people across the country to become Alzheimer’s advocates.

To purchase VIP and General Admission tickets to the HFC County Fair, please visit HFCCountyFair.com. Performers and special guests will be announced in the coming weeks. To learn more about Hilarity for Charity and how you can get involved, please click here. 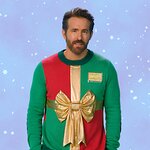