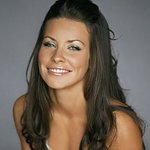 Lost’s Evangeline Lilly is launching her personally-inspired Brazilian-made line of intimate lingerie by holding a special charity auction on eBay.

The actress’ hand-picked collection includes over 2,000 items in an assortment of cuts, colors and styles, with proceeds going to Task Brazil.

“Task Brazil is an organization that gives the street kids in Brazil a fighting chance at a happy and prosperous life,” said Lilly. “On eBay, I’m offering beautiful Brazilian-made lingerie as a fun and enticing way for you to not only invest in yourself, but also in the poor and abandoned children of Brazil.”

Lilly has always been an advocate for the poor, and once served as a missionary in the Philippines. She has visited the poor in Rwanda and also used her celebrity status to help promote Just Yell Fire, a video aimed at teaching teenage girls how to defend themselves against rapists.

“I’ve partnered with Auction Cause and eBay so that for every piece of R Favela lingerie purchased on this site, proceeds will go directly to supporting the wellbeing, happiness and education of Brazil’s poorest children.”

The auction can be accessed through eBay Giving Works. 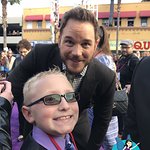