Nerd HQ Announces Return Of Conversations For A Cause 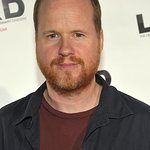 NERD HQ, presented by The Nerd Machine, will return to Petco Park in San Diego July 24-27.

The four-day event provides fans a free nerdy hangout during the annual pop culture convention. This year guests can expect an expanded “Conversations for a Cause” panel series, more fan-focused interactions and exclusive gaming opportunities showcasing never-before-seen titles. NERD HQ 2014 is proudly sponsored by SEGA of America, Maker Studios, Intel and Catan Anytime powered by Internet Explorer. Additionally, NERD HQ has partnered with Facebook to provide interactive experiences to connect fans both at the event and at home with all the action happening at NERD HQ. NERD HQ is also supported by amazing fans who contributed to NERD HQ through a crowd-funding campaign earlier this year. Their amazing loyalty to the Nerdolution has helped make this year’s event possible.

Whether looking for a home-base to relax or meeting friends for some fun, NERD HQ offers something for fans of all ages. The philanthropic panel series “Conversations for a Cause” has been expanded to include over 300 fans. Taking place on a stage constructed in the stands of Petco Park, the panel series has played host to some of the biggest names in pop-culture including Joss Whedon, Seth Green, Richard Madden, Tom Hiddleston, Stan Lee, Lucy Liu, Zac Quinto, Felicia Day, Scott Bakula, Tatiana Maslany, Vin Diesel, and Guillermo Del Toro just to name a few.

This year NERD HQ is proud to welcome back “returning nerds” Evangeline Lilly, Jared Padalecki, and Adam Baldwin. The “Conversations for a Cause” series is further expanding its reach with first time appearances by Jeff Bridges, Norman Reedus, Andrew Lincoln, Brenton Thwaites and with cast appearances by The Walking Dead, The Giver, and many more. Tickets for panels are $22 and all funds raised through panel ticket sales go directly to support Operation Smile in its mission to help improve the health and lives of children all over the world.

NERD HQ is making it easier for guests to be plugged in to all the fun and excitement by launching the NERD HQ App. Designed to give the fans more access than ever before, the NERD HQ App has a complete schedule of “Conversations for a Cause,” Maker Stage events, parties, maps, and more. Also included are links to buy tickets for the panels, push notifications that will inform users of special events like the “Smiles for Smiles” photo opportunities and even a #hashtag feed for all #NERDHQ posts. Once downloaded and registered at NERD HQ, guests will receive a collectable NERD HQ wristband and the Badge of the Nerdolution. Fans will receive up to the minute news and updates of happenings at NERD HQ. They will also be eligible for various exclusive incentives and prizes only available to registered visitors. Direct links to all of NERD HQ’s various sponsors as well as one to the donation page for Operation Smile will also be available. The NERD HQ App can be downloaded for iOS and Android soon.

MPTF is proud to announce the “Lights, Camera, Take Action!” telethon, airing live in primetime on Los Angeles’ KTLA 5 on Saturday, December 10, 2022 from 7:00 PM to 9:00 PM local time and also available across the country via KTLA.com and MPTF.com. More →