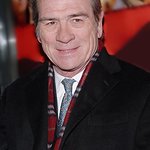 Actor Tommy Lee Jones made a visit to the Saks Fifth Avenue Bal Harbour store in South Florida this week to help sell tickets to a charity event he is honorary chairman for.

Destination Fashion is an annual event presented by Stewart Rahr to raise money for the Buoniconti Fund To Cure Paralysis, the national fundraising arm of The Miami Project that generates awareness and funds to research treatments and a cure for spinal cord injuries.

“When are we gonna cure paralysis?” said Jones, who has been honorary chairperson of the event for the last seven years. “I don’t know. Will we cure it? Hell yes!”

Destination Fashion will take place on March 7 at Bal Harbour Shops, 9700 Collins Avenue, Bal Harbour, Florida. Musical entertainment for the night will be Seal and Grammy Award winners The Pointer Sisters. There will be a fashion show in which designer and style icon Michael Kors will showcase his exclusive Fall 2009 Collection, and the event will also include the announcement of the 2009 Women of Substance and Style Awards, with each honoree being presented by a sports or entertainment celebrity.

“We are thrilled to have the preeminent American Designer Michael Kors show his fashions and Seal as our entertainment headliner for Destination Fashion this year, along with the dynamic Pointer Sisters,” said NFL great Nick Buoniconti in a news release. “Their involvement will certainly drive turnout for this important event, which will in turn raise much-needed funds for our efforts to cure paralysis.”

Tickets to the event are limited and are available here. 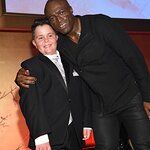