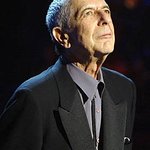 Canadian music legend Leonard Cohen has donated money to the victims of the terrible fires raging across southern Australia.

The fires have already claimed over 180 lives and almost 1,000 homes around Melbourne, and authorities fear the death rate could rise to over 300. Cohen, who is currently on tour in the country with Aussie icon Paul Kelly, has come to the aid of the thousands of homeless victims with a donation of AUS$200,000 (US$134,000).

“Leonard has loved his time in Australia on this tour and is shocked and deeply saddened by the news of the fires,” said tour promoter Michael Gudinski. “Leonard, Paul, their touring parties and everyone at AEGLive UK and The Frontier Touring Company wish to extend their heartfelt sympathies to those that have suffered the loss of loved ones or their homes through this terrible tragedy.”

The musicians are also collecting money from fans at their concerts.

“I think we should definitely talk about doing something like a fundraiser for those affected by the bushfires,” said Imbruglia.

The Australian and New Zealand teams have also stepped up to help and raised $6 million for the relief appeal at a one-day game in Adelaide on Tuesday night.

“We’ve actually decided as a group that we’re going to fly to Melbourne and get on a team coach and go out to Whittlesea and spend a few hours there to try and make things a fraction easier if we can,” said Australian cricket captain Ricky Ponting.

People wishing to donate to the victims of this terrible tragedy should go to the Australian Red Cross website.

Have a Kylie Christmas