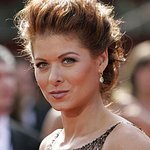 Information about the contest is featured in the February and May 2009 issues of InStyle magazine. Debra’s favorite personal story involving gold jewelry is shared in the magazine and on the Legendary Gold website which will be live during award show season from January 13th to February 24, 2009.

Debra’s story highlights her personal affinity for gold and shows the powerful role that gold jewelry has played in her life. To enter the contest, consumers can share their own emotional connection to a significant piece of gold jewelry and will be automatically entered for a chance to win the piece developed by Messing and Morris. The winning consumer story will also be featured in an advertorial in the May issue of InStyle magazine.

“As consumers share their own emotionally evocative stories that involve gold jewelry, the lasting value of gold and its enduring relevance in our lives will resonate strongly with all who participate,” adds Duvall O’Steen of the World Gold Council.

The special website will feature a designer showcase of great gold jewelry styles from other legendary gold designers like Temple St Clair, Doris Panos and Dana David. The site is interactive, allowing consumers to read Debra’s gold jewelry story, along with a selection of other stories as shared by other contest entrants, and also allowing them to enter their own story. Debra’s connection to YouthAIDS is also highlighted on the site.

In addition to Legendary Gold, Debra is also the first confirmed celebrity participant in World Gold Council’s Leaves of ChangeSM charity initiative. Due to her participation in Leaves of ChangeSM Debra Messing will include a leaf motif in the piece of gold jewelry created by her collaboration with Robert Lee Morris, in order to further raise funds and awareness for YouthAIDS. All Leaves of ChangeSM gold jewelry creations will be auctioned off in early May 2009 with proceeds going to the celebrities’ designated charities. Another special website, leavesofchange.org, will feature each celebrity’s gold design, as well as their charity partnerships.

Robert Lee Morris is honored to work with Debra Messing to support her charity. “If ever the world needed an uplifting theme such as Leaves of ChangeSM, now is the time,” he said.