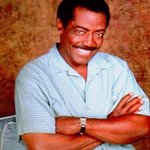 Reynolds, best known for his long- running performance as police officer Abe Carver on the popular “Day’s of Our Lives”, led VA’s annual patient recognition program that invited the public to visit and honor hospitalized veterans during National Salute Week, Feb. 8-14. He serves as the national spokesperson for more than 131,000 volunteers serving veterans at VA facilities across the nation.

Reynolds was born and raised in the small farming community of Oskaloosa, Kan. During high school, he performed in many school plays and played football, basketball and track.

Following graduation, he joined the Marines and was assigned to an information service office in Hawaii as a reporter. He was sent to Vietnam and served for almost a year with a variety of units in and around Chu Lai, adding battlefield reporting to his combat duties. A wound ended his military service.

Reynolds enrolled in Topeka’s Washburn University, majoring in pre-law and journalism. Advised that the best place on campus to meet girls was the theatre department, he began auditioning and performing in plays – discovering a passion for acting. He used his journalism background to land jobs with newspapers such as the Topeka Daily Capitol and the Colorado Springs Sun where he wrote about theatre, film and music. That allowed him to report on his passion while pursuing acting as a career.

In 1974, he landed his first television commercial and a featured role in “Mr. Majestyk,” with Charles Bronson. He moved to Los Angeles, amassed an impressive list of prime-time television and motion picture credits, and became one of the foundation blocks of “Days of our Lives.” He has logged more hours on television than any other African- American actor in the U.S. – averaging over a 100 hours of airtime each year for 25 consecutive years.

Reynolds received an Emmy nomination for Best Supporting Actor in a Drama Series for his role as Carver, as well as NAACP Image Award nominations for Outstanding Lead Actor in a Daytime Drama Series. He was also nominated for an NAACP Theatre Award for his work in the theatrical production “Buffalo Soldier.”

Reynolds is deeply committed to charitable works such as the Ronald McDonald House Charities and touring with the USO. He has been to Cuba, the Mediterranean, Kuwait and Afghanistan to meet and show support for troops overseas. In 2007, Reynolds was honored by the Beverly Hills/ Hollywood NAACP Veteran Affairs and Armed Services Committee for his contributions to the Unites States Armed Forces.