By Elizabeth Willoughby on April 1, 2009 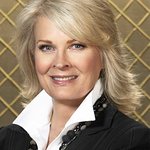 Several celebrities attended the Vital Voices Global Leadership Awards ceremony earlier this month in order to present awards to five of the world’s outstanding female leaders. Speakers such as actresses Candice Bergen and Sally Field were among the award presenters, but the speakers weren’t all female.

Actor Ben Affleck took the stand to point out that, because it is women that hold society together, the problems women face are relevant to men: “As long as violence against women – sexual or otherwise – remains strictly and exclusively a ’women’s issue’, it will always be an issue. We men must own this and we must recognize that it is vital to our own survival and we must help our brothers see it as such.”

Vital Voices, which aims to empower women leaders, gave their final award – the ‘Global Trailblazer’ – to the organisation’s co-founder, America’s Secretary of State Hillary Clinton, to honor “her passionate commitment to promoting women’s rights and securing justice for all people around the world.”

Accepting the honor, Clinton said, “No nation can be successful if it invests only in or listens to only half of the population. So for all of those women who aren’t here tonight, who are enduring unspeakable abuse, who are labouring under unbearable burdens, who are wondering whether there is a future for themselves and their children, we pledge that we will do all we can to ensure that America is not only an example of the best values that humanity has to offer, but that we pursue every chance we can to give every woman a vital voice on behalf of herself, her family, her community and her country.”

Batman v Superman: Dawn of Justice - Help Save the Bats