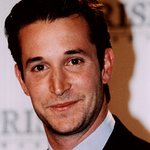 ER star Noah Wyle is pushing for health reforms in the US.

The television star is calling on President Obama to introduce universal healthcare in America, and plans to spend some time – now that ER has finished – pushing for a health service for all, similar to those in the U.K. and Canada.

“I’m holding out hope, that we’re going off the air just as this administration is going to usher in some kind of universal healthcare coverage,” he said. “So we can start valuing health as a human right and not a privilege. Hopefully I can segue from my previous job into assisting with it.”

Wyle will dedicate much of his time now to international non-profit organization Doctors of the World and to his work as a member of the Human Rights Watch Council. On April 5, he hosted the Project Save Our Surf Celebrity Gala to benefit Oceana.