Stars Lend Their Voices To Speakaboos 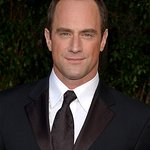 Speakaboos, a publisher of exceptional digital content for children, has announced its spring releases of online titles performed by celebrities – with some proceeds destined for charity.

“Law & Order: SVU” star Christopher Meloni, “The Office” star John Krasinski and Jason Ritter are among the stars to lend their voices to the stories, and at least fifteen percent of Speakaboos’ revenue is contributed directly to charities supporting children’s causes, such as the National Education Association – the leading organization in the US committed to advancing the cause of public education – and the Creative Coalition, formed for the charitable and educational purposes of bringing together artists and entertainers to learn about pressing issues so they can better inform and influence the community and nation.

Speakaboos is an online publisher that celebrates classic literary properties for children through the voices of today’s biggest stars, including Kevin Bacon, Nick Cannon, and Kelly Ripa. All the stories come with story guides, lesson plans based on national standards, worksheets and other resources for parents and teachers to reinforce educational lessons at home and in the classroom.

The entire Speakaboos library is available for viewing online for free on Speakaboos.com and available for download on the website at $0.99. Select titles that are combined into albums are available for the price of $8.99 per album. All Speakaboos audio tracks are also available on iTunes.com and Rhapsody.com.